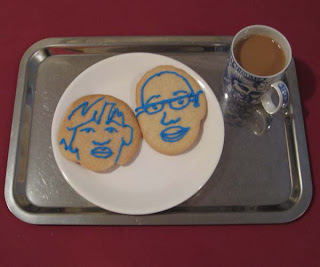 It’s 2009 and the start of a new year. A time in which people make New Year resolutions, reflect on the past year and look forward to the upcoming one. This past year has been a lean one, not just for me but for a large number of people in the NY animation community. We saw the production abruptly halted at ‘Word World’, the doors closing at Animation Collective and the end of Nick Digital as we knew it.

The up and down of the animation scene here in NYC is nothing new; it has been going on for decades. From the early 90’s to 2000 the NY scene was flourishing. I remember visiting Pat Smith while he was working on ‘Beavis and Butthead’ at MTV. He gave me a tour of the building in which they had floor after floor of productions going on. I was working in Mass at the time and remember first thinking I should come down to NYC. But then things quickly took a turn in the other direction in early 2001. MTV shut their doors in, Jumbo Pictures ended, and the number of projects at Nick Digital shrank significantly. Since then the number of productions going on around the city have gone up and down. At times it seemed like NY was growing once again, like during the period I was at Animagic in early 2007. Curious Pictures had ‘Little Einsteins’, Nick Digital was staffing up for ‘Umizoomi’, MTV was back again having just completed ‘Friday: The Animated Series’ with an in-house staff of animators. Finding experienced people to work on all the projects going on was becoming increasingly difficult for studios. But just as I was starting to get comfortable working on ‘Nate the Great’, it all ended just as quickly as it began. 75 of us were out on the street looking for work once again, MTV never gave ‘Friday’ a fair shot, they aired it in the middle of the night a couple of times and a second season was never made. 2008 saw the end of ‘Little Einsteins’ after just 2 seasons, as well as ‘Kids Next Door’ wrapped after 6 seasons.

Getting back to an earlier point, when the industry slows down it can create opportunities for those willing to go after it. When MTV ended, and Pat Smith found himself out of work he began his independent career. Without the down turn in the industry, I don’t know if Pat would have left the world of studio animation to go out on his own as an independent. In boom years there are jobs for everyone, in leaner ones those less committed to the lifestyle of animation will fall by the wayside; a Darwinist approach to animation, for lack of a better term.

A recent example of this for me is Dave Levy. When he found himself in a slow period of work, he decided to make another short film; a follow up to his last one Good Morning. Dave isn’t showing the new one to anyone until the ASIFA festival for the first time. I for one can’t wait to see it. A second example of not waiting for someone to come to you with a project is the collaboration of Al Pardo and Mike Carlo. They pooled their talent together and made a fantastic short Odd Job Hitler. Who knows what could come out of it in the future, maybe the next ‘Assy McGee’ on Cartoon Network?

In times of little work it is more important than ever to get together with friends and colleagues for coffee and a cookie to see how they are doing. Or have a friend in the shape of a cookie if they can’t meet up. Networking is ongoing; going out to events and getting out of your apartment is crucial to survival. I am involved with ASIFA and find it more important than ever to keep up that connection to the NY animation community. I have also started a personal project of my own which I will talk about more in the future.

As for my New Year’s resolution; it’s to post on my blog every week.
Posted by justsim at 9:51 PM

Although, my new film, Owl and Rabbit Play Checkers, was made in the span of a year and I've not had any down time during that time. It was just a film I decided to make after my composer, Bob Charde, nudged me to do so. In fact, it was quite a sacrifice to squeeze in this film during this past year.

In contrast, my film, Good Morning, was a very short production, and I used it to fill a 10 gap in freelance work.

PS- Love the cookies. Who are those delicious looking people?

Sorry for the misquote Dave. I just get so excited every time I look at your post card for Owl and Rabbit.