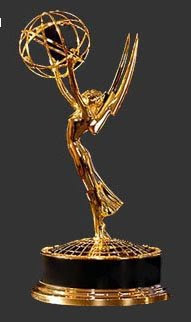 The past two weekends I was asked to participate as a judge for the 36th Annual Daytime Entertainment Emmy Awards. The judging took place here in NYC and the category I was asked to evaluate was Individual Achievement in Animation. The category consists of Art Direction, Storyboard, Character Design, Animator, Layout, Color and Background Design. I thought it was quite an honor to be asked to be part of the judging.

The judging consisted of open discussions between panelists until a winner or winners are chosen in the above categories. Unlike other awards, a winner doesn’t have to be given in each category every year. If as a group we felt none of the entries were worthy of an Emmy then none would be awarded. Before the judging began, the Academy provided us coffee and pastries as we waited for everyone to arrive. I knew a number of the panelists from studios all over the city, and those I didn’t know I got to know better by the end of the process. We were then divided up into small groups and asked to consider an individual category. The potential winners we chose would be passed on to the larger group the following week for further consideration.

One of the first obstacles to overcome as a group was that everyone has a slightly different definition of what “worthy of an Emmy” is. We were provided with guidelines by the Academy to consider for each category, which helped in that process. Another obstacle was comparing different styles of animation in the same category. Some shows were traditionally drawn, while others were done in 3D, Flash and After FX. We had to put aside our like, or dislike of each medium and look at the objectively. Ultimately it came down to the simple question of, “In the given medium, did they execute it in an outstanding way?” After all the discussions were done, and everyone voiced an opinion on how they felt about the entries it was remarkably easy to pick the winners. The ones which ended up winning were obvious to everyone; they just stood out from the crowd.

Back in 2007 I worked on a show Pinky Dinky Doo, which was nominated for an Emmy in Outstanding Achievement in Main Title Design. We didn’t win that year, it went to The Upside Down Show instead, but I remember how excited I was to know that we were nominated. Until this year I didn’t know how the submission process worked. I had always assumed that the studio needed to submit work on your behalf, or a committee from the Academy chooses your work from the thousands of others out there. I never realized that as an individual you can submit your own work, as long as you meet the requirements, and pay your $175 fee. Awards are presented to daytime television programs broadcast between the hours of 2:00 A.M. and 6:00 P.M. The eligibility period for all awards this year was January 1, 2008 through December 31, 2008. If you worked on a show which aired in this time period you were eligible. Contact the Academy of Arts and Sciences at http://www.emmyonline.org/daytime/ for all the official rules.

To find out which shows won Emmy’s this year you will have to watch the live broadcast of The 36th Annual Daytime Emmy Awards will be telecast August 30th, 2009 on The CW Television Network at 8:00 p.m. (ET) I know a lot of artists out there who in my opinion do work on a daily basis that is worthy of an Emmy, so get out there and submit your work.
Posted by justsim at 7:29 PM 1 comment: